This is the keynote speech by Abu Bakr Rieger FFAS on the topic of ‘Islam in Europe’ for the conference of the same name held in Norwich, UK, in 2004. The speech is in German with English translation. The speech is the first of four, two of which are by Shaykh Abdalhaqq Bewley and the last by Abdalhasib Castiñeira. 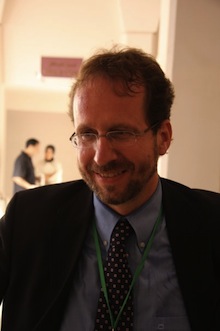 Abu Bakr Rieger was born in Freiburg im Breisgau and lives today with his wife, family and community in Stralsund. He has been a Muslim since 1990 and a practising lawyer since 1995. He studied at the University of Freiburg and the Free State of Thuringia. He is the founder and editor of the respected and widely circulated German language Islamic newspaper Islamische Zeitung, and founder and editor also of the English language publications Globalia. He is also president of the Muslim Lawyers Association and the European Muslim Union (EMU). His meetings with such figures as Ernst Jünger, Jaques Verges, Jean-Christophe Rufin, whose fascinating book Globalia was the inspiration for the publication of the same name, and many leading intellects of our time including Muslim and non-Muslim leaders such as Tayib Erdogan, the Prime Minister of Turkey, and Dr. Mohammed Mahathir have helped him bridge the gap between West and East that has proved so destabilising in recent years.